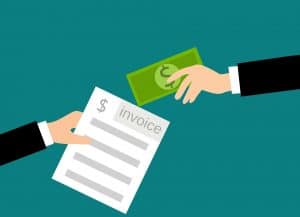 This post was written by Megan Zavieh and originally published on Lawyerist.com on April 30, 2013.

When it comes to ethics complaints, nothing stirs the pot with a disgruntled client like a bill they believe is too high — and if they’re already unhappy, they are bound to think your bill is unreasonable. The trouble is compounded when ethics prosecutors get involved. To respondents in ethics investigations, it seems that regulators view billing for our time to make a living practicing our profession as disdainful conduct.

The best defense when questioned about your billing is solid documentation. It may even prevent charges against you.

In a current case in Georgia, former Congresswoman Denise Mejette is facing an ethics inquiry regarding billing practices. A Special Master’s report takes her to task for recreating her time entries from “memory and notes” because she failed to keep detailed time records. Of course, we typically enter our time from our memory and notes, though hopefully that is done right away and not weeks or months later. Still, her case would be helped by having contemporaneous documentation of the exact time spent and on what tasks.

In a recent matter in California, an attorney avoided charges for the reasonableness of his fees by having solid time records which were reviewed in camera by the trial court. The court declined to rule that the fees were unreasonable following this review and the State Bar has not pursued charges related to the amount of the fees. Less detailed records would not have stood up nearly as well.

So how do you consistently keep records that will stand up to scrutiny, yet not spend more effort tracking your time than doing the actual work?

First, keep your audience in mind. If you are billing for court approval, such as in a probate case, the level of detail necessary may be different than billing an individual who wants to know how every single second is spent. Check your state’s rules to see if a certain level of specificity is required. If not, establish a practice of time entries that is sufficiently detailed for a reasonable client and make adjustments as needed if dealing with a less-reasonable audience.

Second, record time in a consistent manner every single day. Whether this means keeping notes on a paper that is given to a secretary at the end of the day or using electronic software throughout the day, do it the same way every day. Make it a habit. This consistency serves specific purposes. It will become second nature and won’t feel burdensome. Also, when questioned, you will be able to pull the records easily and have the legitimate defense that billing is consistent for every client.

Third, keep in mind that whatever your hourly rate or the total fees in any particular matter, someone out there will think the number sounds high. Whether it’s $500 per hour or $50, someone will think it is too much. Some folks will be shocked that fees amounted to $300,000, while others will be offended by a number closer to $3,000. You will not always be able to reason with your client, a prosecutor or the court of public opinion, so keep comprehensive documentation to back up the numbers.

Finally, feel no shame for your billing, so long as it’s honest. When an ethics inquiry crops up, there is always an overtone of guilt, that somehow you were not worth the fee or you should feel shame for the cost. Remember that the client hired you for a purpose and agreed to a rate, work for every dollar can be documented, and your expertise added value. Stand behind that well-documented bill with your chin up.

Rep. Mejette’s case is probably only news because of her political career and not the actual charges, but countless ethics complaints are filed over billing practices. It might be impossible to prevent some clients from complaining, but when they do, the best defense is solid documentation. Institute practices to prevent having to dig through notes and memory to create time records, and then stand behind your honest bills knowing they are fully defensible.