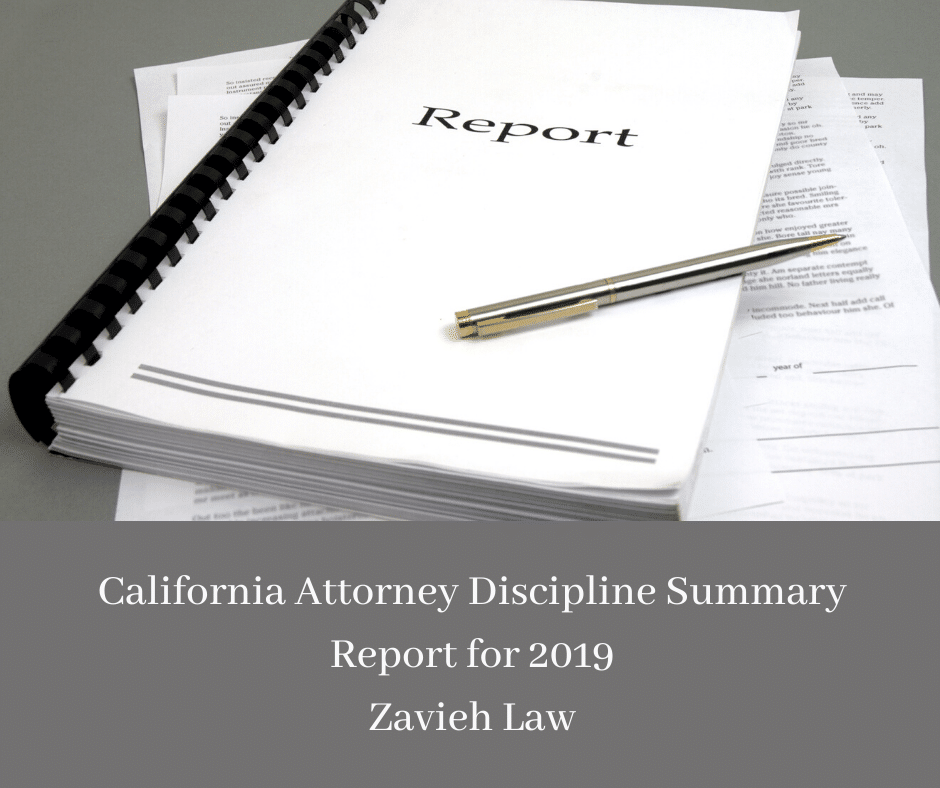 On April 30, 2020, The State Bar of California released the California attorney discipline report for 2019. The full report may be downloaded from their website. Each year, Zavieh Law is pleased to present our readers with some of the highlights from the report.

Thanks for visiting the Zavieh Law blog! If you receive a letter from the State Bar about an investigation, don’t ignore it. Get help! Schedule your consultation with Zavieh Law.