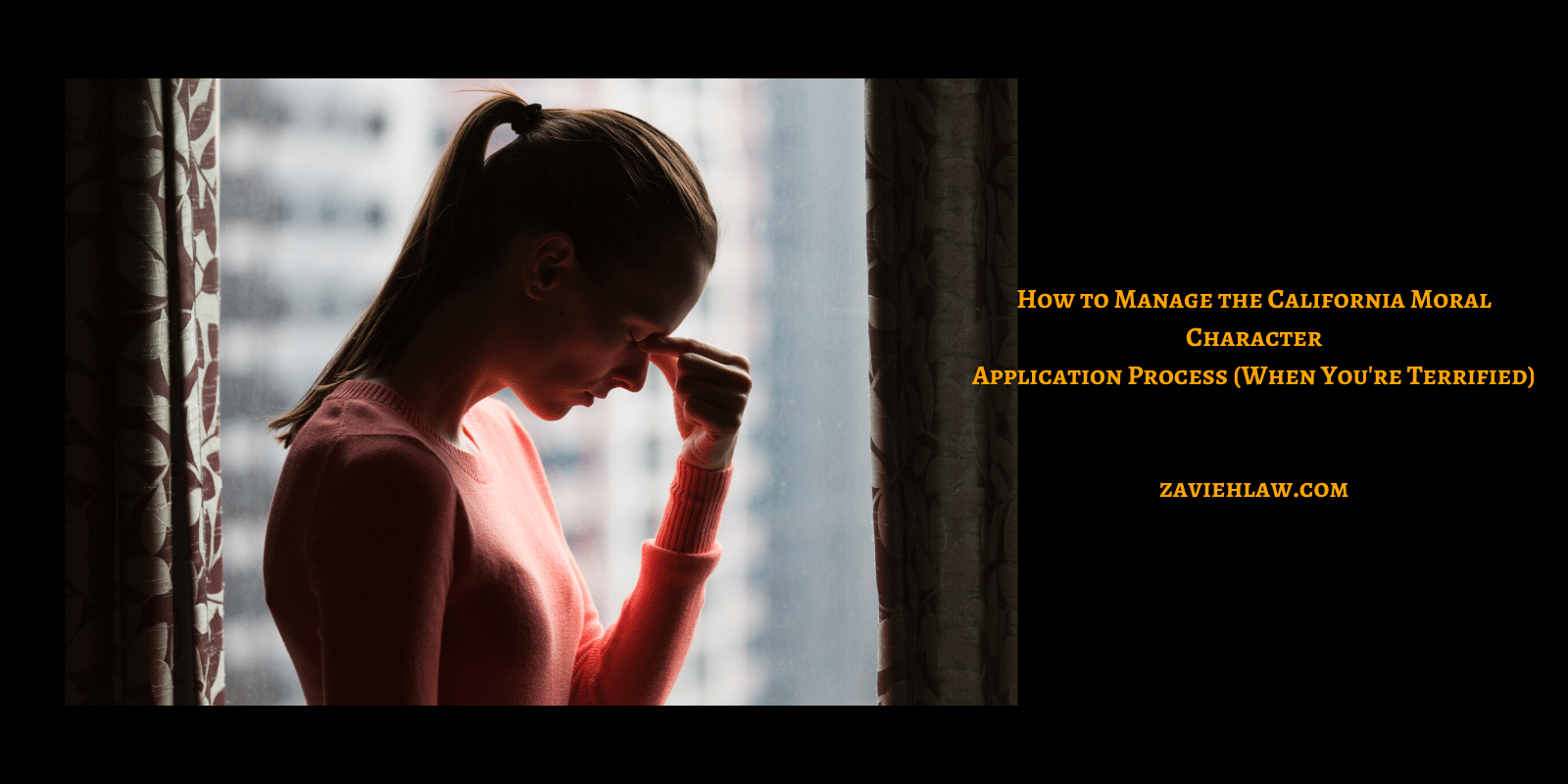 Before you complete law school and can be admitted to the bar, you must first successfully complete the California moral character application process. For some law school students, the process is straightforward. They file their moral character application, go about their usual business during the six-month processing time, get their July bar exam results, get admitted in December, and then go out and conquer the world as a brand spanking new lawyer!

For others, it’s not so easy. If you think that there could be something in your past that could affect the processing, it’s better for you to start the process during your second year as a law student so that there is more time for you to get through the entire process. And we know that thought can be terrifying…you’ve spent all this time and money on law school and now you’re wondering if you’ll even be allowed to become a lawyer.

What Types of Incidents Matter for the California Moral Character Application?

The moral character application is an important document. Your honesty is being assessed. It can be tempting to think that you should minimize certain issues from your past because it happened in the past. Yet, before you make that decision, you need to consider the types of incidents that matter.

Any incident that involves dishonesty will matter. This includes, but is not limited to, crimes involving fraud or other issues of moral turpitude. It can also be non-criminal matters. For example, if you were ever accused of academic dishonesty, that could become a problem.

If you were arrested because of drugs or alcohol, that could be an issue. The committee will be concerned that you could be an addict. It may not seem fair and it may have just been a one-time issue that was a really bad decision on your part, but the fact is that lawyers are prone to substance abuse. Substance abuse often leads to ethics complaints.

Related: Responding to an Ethics Complaint: A How-to Guide

If you fail to disclose something and the bar finds out about it, that will initiate an investigation by the bar. This will more than likely lead to an informal conference. Despite its name, it is not informal. It is very formal and, for most, very scary.

If you think that there could be issues that might cause the bar to look more closely at your moral character application process, there are some steps that you can take to manage the process. As stated earlier, it is important to begin the process early so that it doesn’t throw off your entire admissions timeline. The usual processing time is six months, but if the bar investigates and if there is an informal conference, it takes more time. We want you to do everything possible to pass the first time.

Be honest with the bar when you’re completing your moral character application. It’s better to disclose negative information up front than let the bar find out on their own. Don’t leave things out. Give them the complete story. Be diligent in your narrative because even small errors can make it look like you’re being dishonest.

Get help from someone you trust at your law school. As discussed in episode 25 of #LawyersGoneEthical, there can be a lot of fear involved in reporting certain things, including treatment for mental illness, in the California moral character application. It can be really helpful to talk to a trusted dean or professor so that they can review your application.

Finally, if necessary, get help with your application before you submit it. Zavieh Law can help you craft the
proper narrative and documentation to save you time, money, and stress.