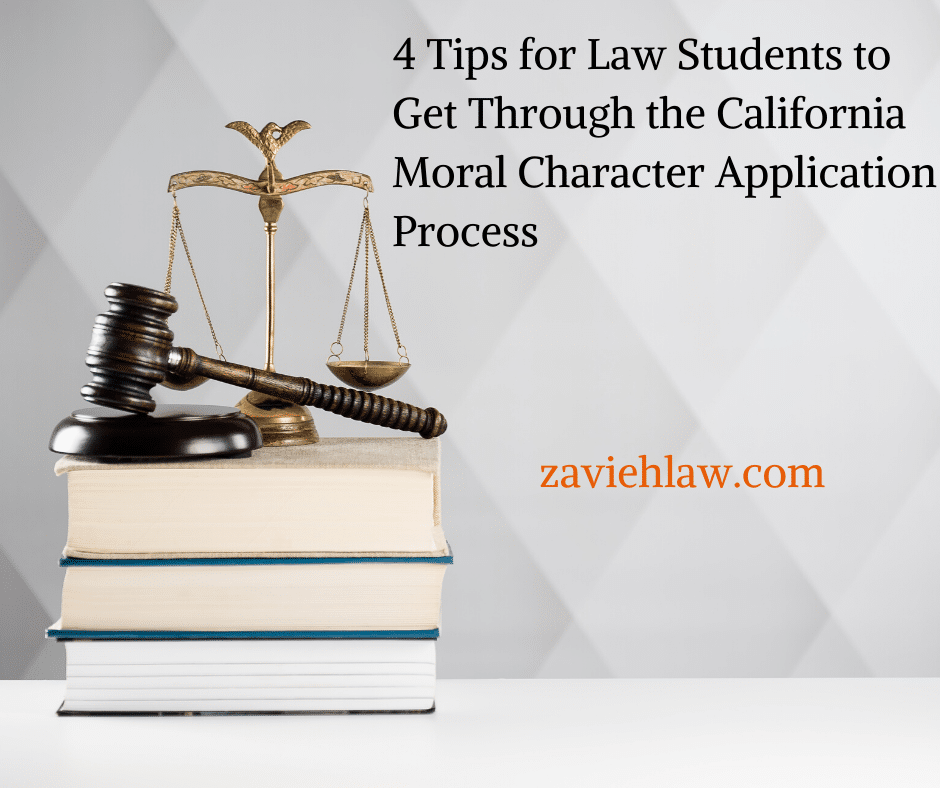 Of course, not everyone who goes to law school does so with a squeaky clean background. We can all think of at least one underdog story of a lawyer who started off with a past who clearly went on to make a better life. While you know that it is possible to get through the California moral character application process without having the perfect background, the real question is: how? Here are four tips to help you successfully complete the process the first time.

The California moral character application process assesses your honesty. If you’ve worked really hard to change your life, it’s tempting to consider the possibility of minimizing certain issues. While we’ll discuss the importance of being candid about certain issues in another tip, you must understand that certain incidents are more important than others.

If you were involved in any sort of incident that was classified as dishonesty, it matters. This includes, but is not limited to, crimes involving fraud such as embezzlement, extortion, larceny, or tax evasion. Other crimes also matter, but the State Bar of California is incredibly concerned about crimes involving dishonesty.

Drug and alcohol related arrests could also be an issue. The committee could be concerned about a potential addiction even if you only made one bad decision. However, lawyers are prone to substance abuse; substance abuse is a common cause of ethics complaints.

Non-criminal matters such as academic dishonesty are also considered as well.

And if you do not disclose this information? It causes an entirely different problem: an informal conference. Don’t let its name fool you. It is not informal. In fact, it is incredibly formal…and frightening. To improve your chances of avoiding an informal conference and passing the moral character application, it is important to follow the remainder of the tips presented.

Be Candid about Potential Issues

It can be tempting to downplay things from your past or not even mention them at all. After all, everyone makes mistakes. You’ve worked hard to turn your life around. You’re in law school. You’re doing well. The last thing you really want anyone to do is drag up the past.

Before you decide to not mention that one tiny thing that you think shouldn’t matter, you should get advice from a trusted professor or dean from your law school about it. The last thing you want or need is to make it appear to the California Bar that you’re being dishonest because the moral character application is all about determining if you’re of moral character. Lying or appearing as if you’re lying could cause your application to be delayed or for you to be summoned to an informal hearing. Remember that if your application is delayed or rejected, you won’t sit for the bar when you planned to sit for the bar.

It’s imperative that you’re candid with the committee about potential issues. While that can be a terrifying thought, that brings us to what is our most important tip.

Get Help with the California Moral Character Application

If you have potential issues that could cause your California moral character application to be delayed, it’s important that you get help with the process. Zavieh Law can review your moral character application to help better guide you through the process or even help you put together your initial consultation. To learn more about how Megan Zavieh can help you, schedule your consultation now.